Stick insects make amazing pets. They are large, easy to care for and most can be gently handled. Read the instructions and tips below to learn how to care for stick insects. Please note that these instructions are suitable for the species of stick insects covered in the fact sheets or that you may find around South East Queensland. Other species will have their own dietary requirements, so if you have purchased stick insects from another source, be sure to refer to the care instructions your breeder has given you.

Stick insect nymphs are very active and need a secure enclosure to prevent escape. The enclosure must be fairly tall (at least 50cm) to allow room for growth and moulting. Try one of the following set ups: 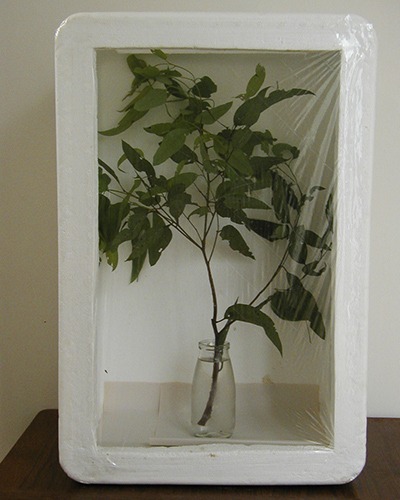 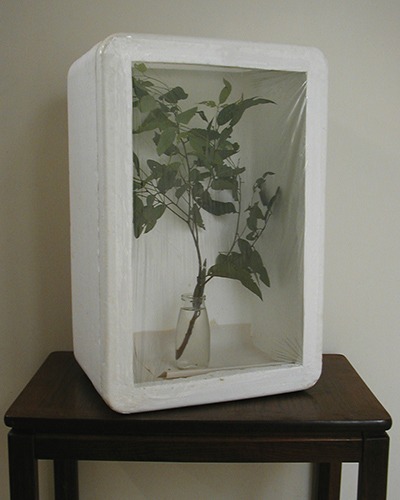 Nymphs should be provided with tender foliage of Eucalyptus (gum leaves), which needs to be replaced every five to seven days. Eucalypts can be distinguished from other plants such as wattles by their sickle shaped or blade-like leaf with a single vein running down the centre. Place long stems of the plant in a vase of water and place inside the enclosure. Eucalyptus can soak up a lot of water, so check the vase daily and top up when needed. As long as they have a ready supply of fresh leaves, the insects require no other source of water.

When replacing plant, gently move the nymphs onto the new foliage (See tips below for correct handling). But be careful! These insects are masters of disguise and it is quite easy to throw them out with the old plant. Make sure you do a head count at the end!

Try a few different types of Eucalypt, to see which one the stick insects prefer. If you are unsure if your stick insects are eating the plant, place a sheet of white paper under the vase for the day. The presence of droppings indicates that they are feeding.

Nymphs will shed their skin (known as moulting) 5 times during their life. During this process, the old skin is shed, leaving a new, larger skin, which provides them with the room they need to grow. The new skin takes a while to harden and nymphs should not be handled during this time.

Some species of Australian stick insects may grow to an adult length of 20 to 30cm. The time for these insects to reach this stage may take several weeks or months, depending on temperature, humidity and the quality of the food plant.

If you have an adult female stick insect you will almost certainly have them lay lots of eggs for you over time. If you have a local species (check out my stick insect fact sheets to work out where your stick insects naturally occur), these eggs can be released into the garden. If you have purchased something that does not naturally occur in your area, you should not release eggs or nymphs into the wild as they can interfere with native plants and animals in your neighbourhood. If you do have lots of eggs, try contacting the breeder you purchased them from to see if they will take them off your hands. Alternatively, you can freeze eggs for a few days to render them unviable.

If you are keeping a local species follow the instructions below to ensure the eggs hatch.

Please note: You can’t predict exactly when a stick insect egg will hatch. They wait for the perfect combination of temperature and humidity before they emerge, so it’s up to Mother Nature. They can sometimes take several months or even a year to hatch, so you’ll need to be patient. 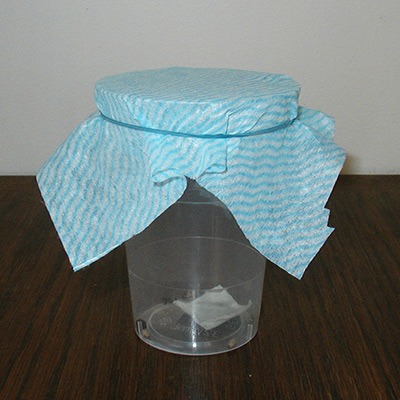 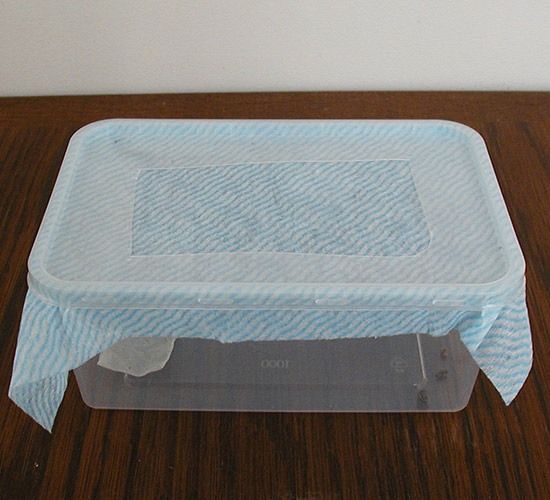 Stick insects are completely harmless and are lots of fun to handle. Follow these tips to ensure you don’t hurt your stick insects.

Having problems? Have a look at our Frequently Asked Questions about Stick Insects below.

1Do my stick insects need to drink water?
No. Stick insects get enough moisture from the leaves that they eat. As long as you make sure they have plenty of fresh leaves to munch on, they’ll be fine. During really hot weather the gum leaves can dry out quickly, so it is a good idea to give them a light spray with water to keep them fresh and juicy for your stick insects.
2How can I tell if my stick insect is a boy or a girl?
It is very difficult to do when they are nymphs – you have to wait until they are adults to tell them apart. As a general rule, male stick insects are smaller and skinnier than the females. They have large, strong wings and can fly really well. The females are larger and fatter because their bodies are full of lots of eggs waiting to be laid. Because they are so heavy, they usually can’t fly much at all!
3How long will my stick insect live for?
It will usually take around 2-3 months for your stick insects to become adults. Once they are adults, females can live for up to 1 year and in this time they will lay a lot of eggs. Male stick insects usually don’t live as long and will probably survive for up to 3 months. However, the growth of your stick insects depends on the quality of the plant you feed them, how warm it is and a lot of other factors, so these times should only be used as a rough guide.
4What kind of gum leaves should I feed my stick insect?
There are lots of different kinds of gum trees around, and it is hard to know which ones to feed to your stick insects. They usually aren’t very fussy and will eat pretty much any gum that you put in for them. A good idea is to put a few different kinds of gum leaves into your cage and place a sheet of white paper under the vase. After a while, droppings will appear under the leaves that the stick insects are feeding on, giving a good idea of which leaves your insects prefer.
5Will my stick insects fight or eat each other?
No. Because stick insects are herbivores (i.e. they only eat plants) they won’t try and eat each other. Stick insects are pretty easy going too, and as long as they have plenty of room and food to eat, they won’t get in each other’s way.
6My stick insect has lost a leg. Will he die?
No. Stick insects will often drop off one of their legs as a way of escaping danger, much like a lizard loses the end of its tail. Stick insects have special muscles where their legs join their body that quickly squeeze the wound closed so that they won’t lose a lot of blood and die.
7My stick insect has his foot stuck in his egg. What should I do?
Sometimes stick insects can get one or more of their legs stuck in their eggshell, dragging it around behind themselves like a ball and chain. It is important to remove the egg otherwise they will tire themselves out. Wet your fingers and gently slide the egg off the leg. If the whole leg drops off, don’t worry! Stick insects can survive just fine if missing a leg (see question above).
8If my stick insect loses a leg will it grow back?
If a stick insect loses a leg when it is young and therefore still growing, the lost leg will grow back although it will usually be a bit shorter than the other ones! But once stick insects have finished growing and have become adults, their legs won’t grow back if they lose them.
9Can I hold my stick insect?
Yes, but there are some important rules to remember so that you don’t hurt your stick insects. Firstly, push up your sleeves as the little claws on the stick insect’s legs may get caught in your clothes and tear off. Also, try and stop your stick insect from crawling up onto your head (which they love to do) as they can also get tangled up in your hair. When you handle your stick insect always let them walk onto your hand, rather than trying to pick them up. If you grab a stick insect and startle it, they will often lose a leg (see above question about losing legs). And finally, remember to be very gentle with your stick insects, so that you don’t injure or frighten them.